We’re thrilled to have our stories featured in media outlets across the lower mainland, and even beyond! 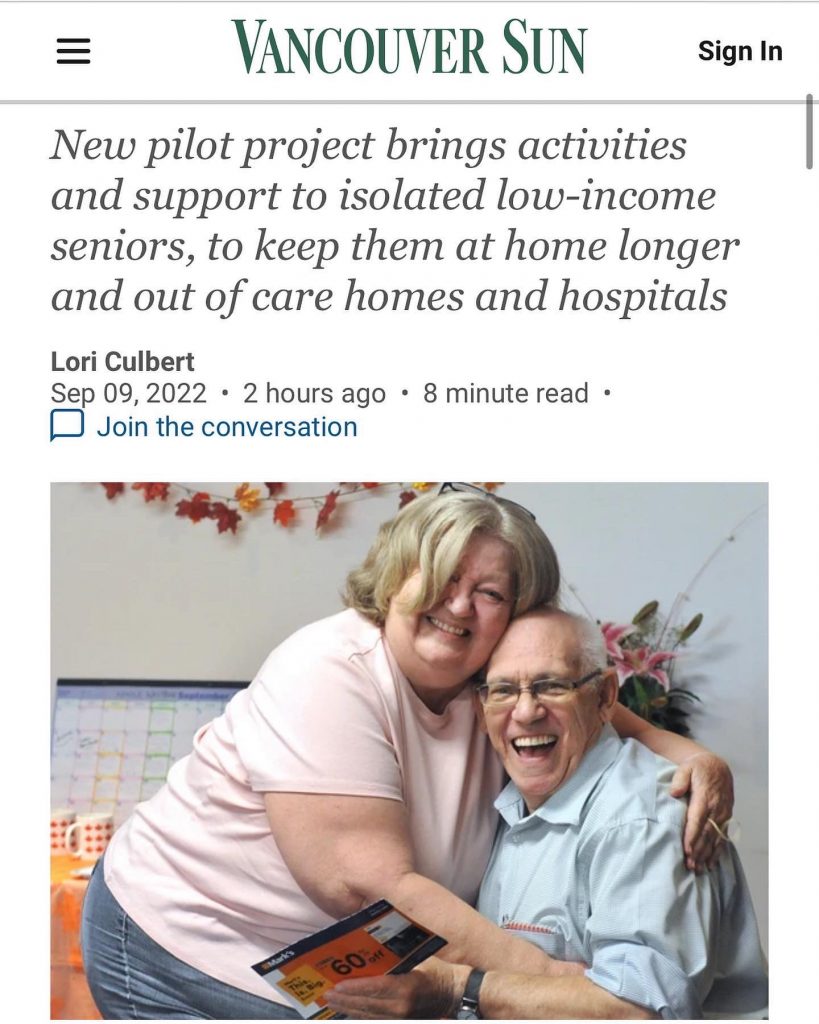 “I think Whole Way House came as a lifeline to many, many residents,” said Jen Evans, the agency’s team lead and tenant support worker at Granville House. “We replace the family that some of them don’t have.”

There are thousands of low-income seniors living independently in non-profit housing units in B.C., but most do not come with support. Some lose their homes as they age because they don’t have anyone to help them organize financial affairs, keep their places clean, or stay healthy, said Jenny Konkin, Whole Way House president.

“When they moved in, they were able to live independently, but as they’re aging they might be losing some of those abilities. But there’s no system in place to support them, and so we saw seniors were falling through the cracks,” she said. 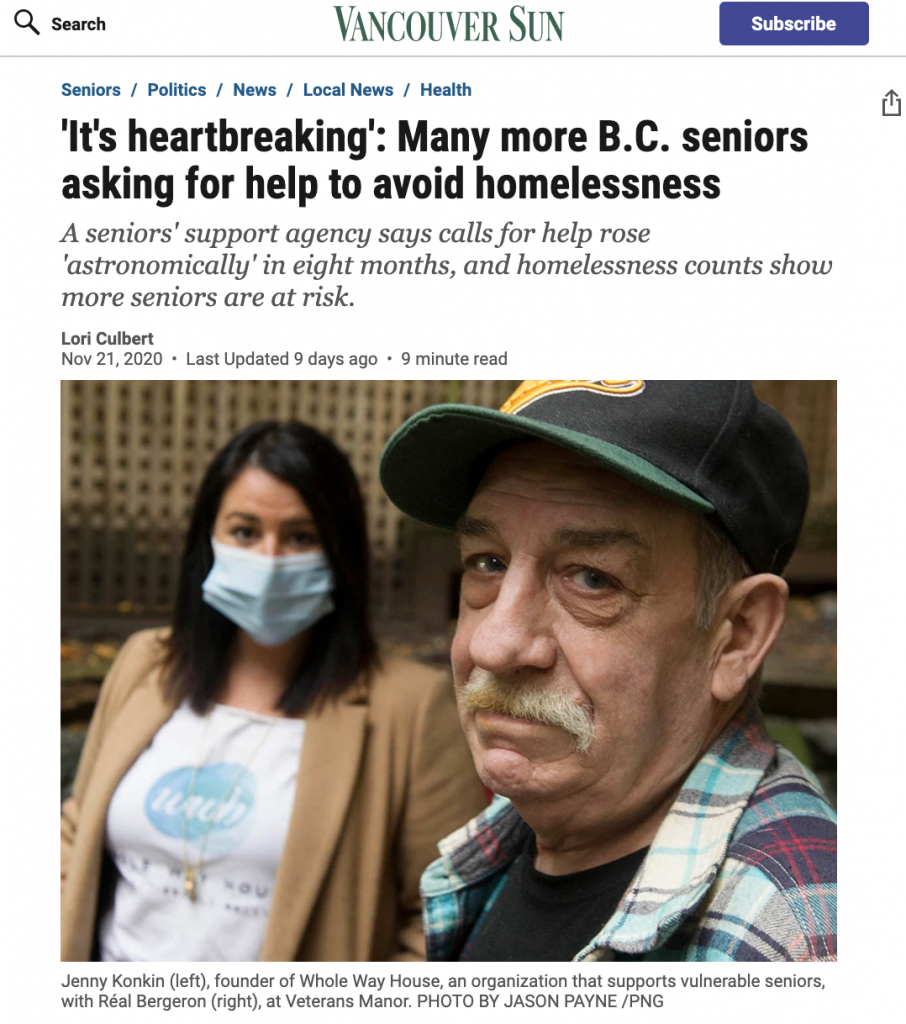 “A lot of the seniors we work with have complex health issues. On top of that, physical mobility issues, so physically not able to get to the polling station.”

Voting by phone is available for people self-isolating, or who have underlying health issues, are disabled or are visually impaired. Full article here. 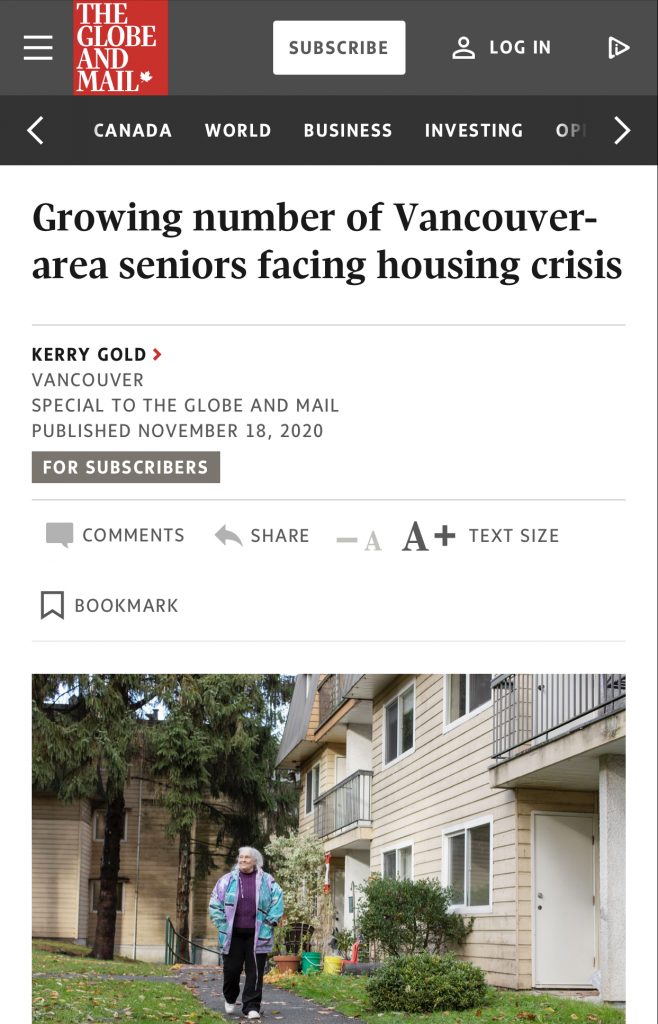 Seniors are the fastest-growing homeless demographic, according to the city of Vancouver’s Homelessness & Supportive Housing Strategy, released on Oct. 7. For the past two years, they have represented about one-quarter of the homeless population 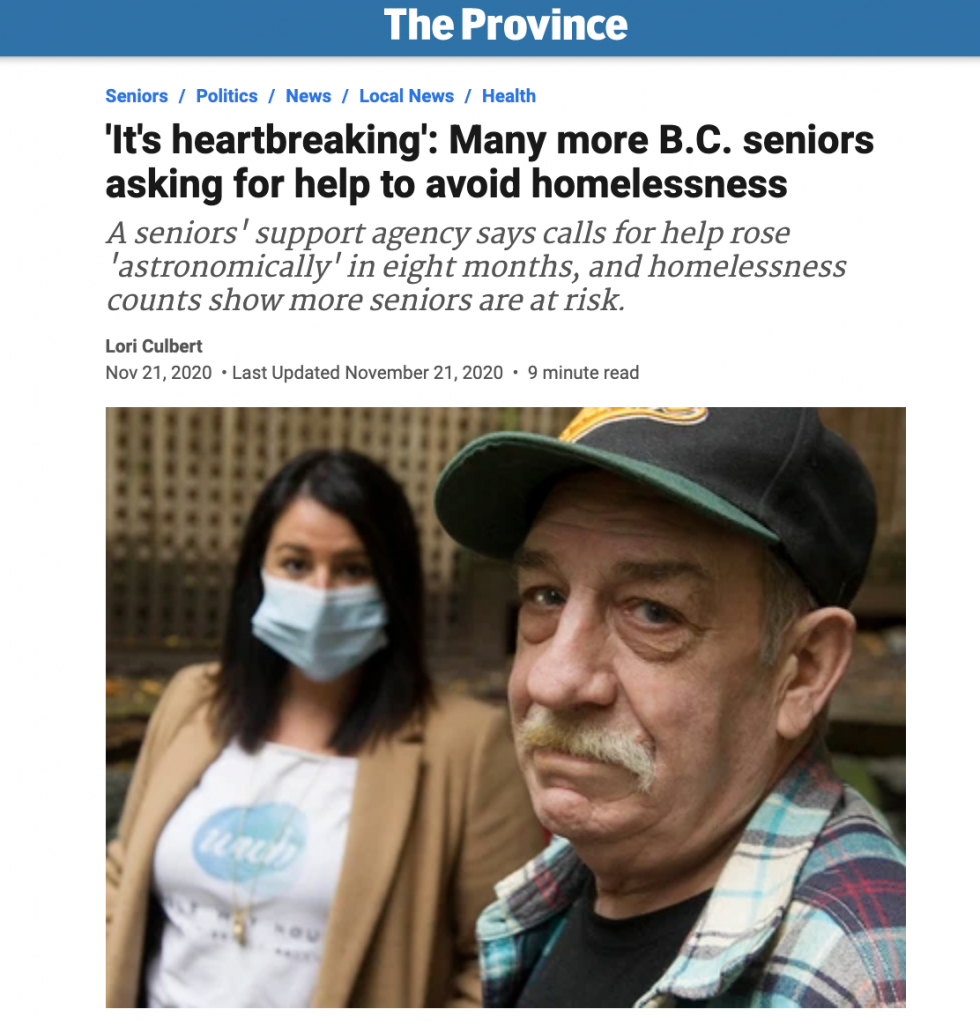 The Province shares 'It's heartbreaking': Many more B.C. seniors asking for help to avoid homelessness

Konkin is working with four other housing providers to expand her support services into their buildings. But she needs government funding, which she argues would be cheaper than these seniors ending up in hospitals or in care homes — and more humane than seeing them in shelters. 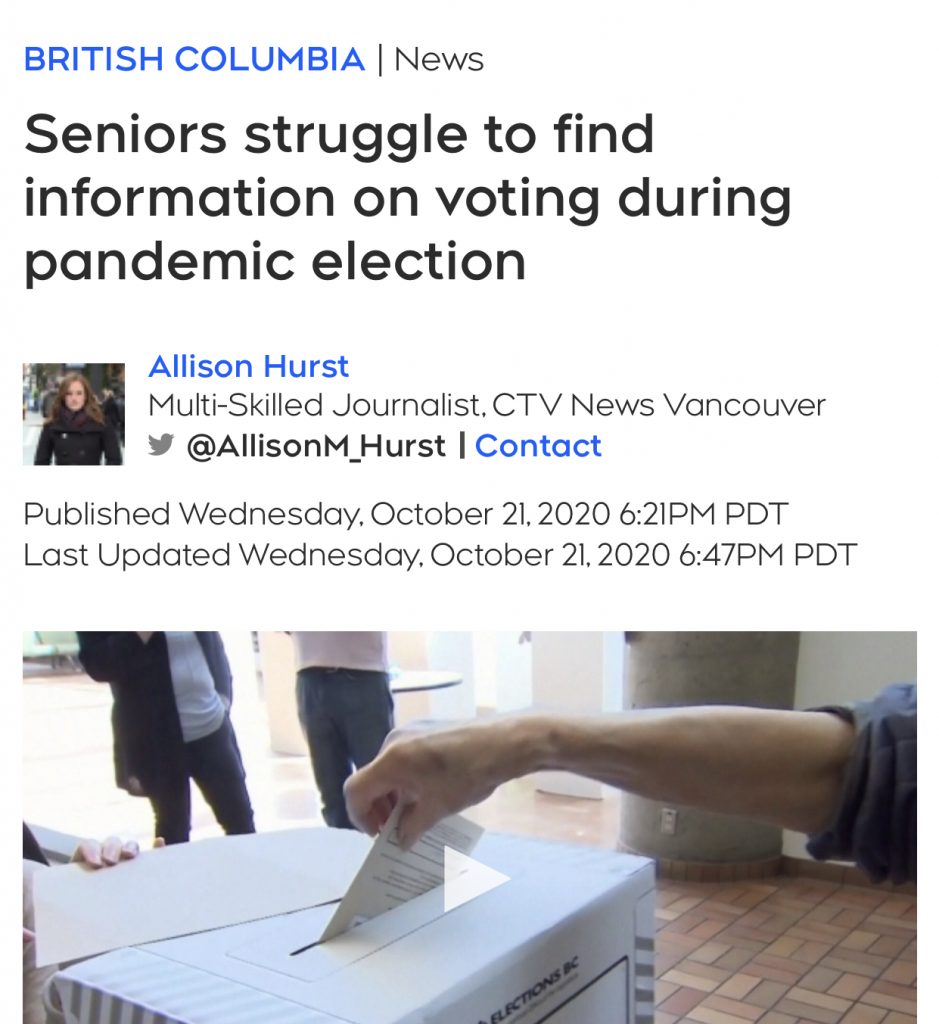 “Most low-income seniors don’t have access to online services, and some who live independently may not have advocates, or anyone looking out for them. That means they don’t necessarily know what their options are for voting” Full article here. 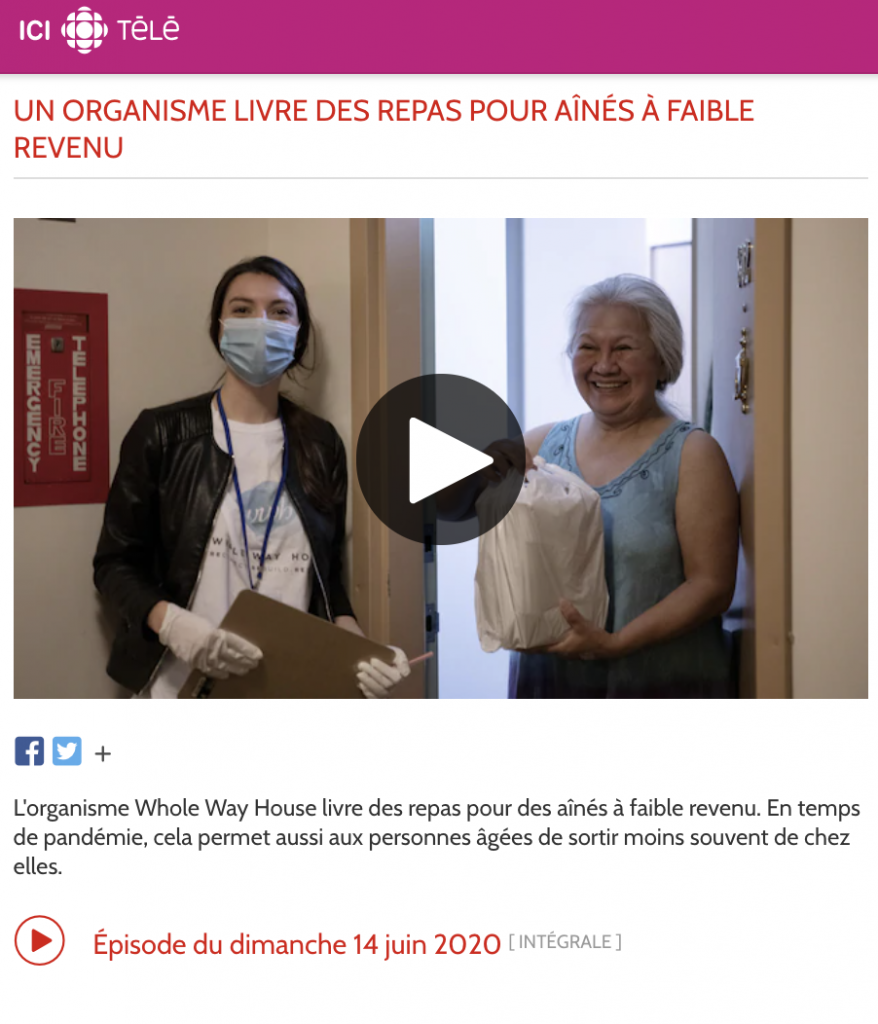 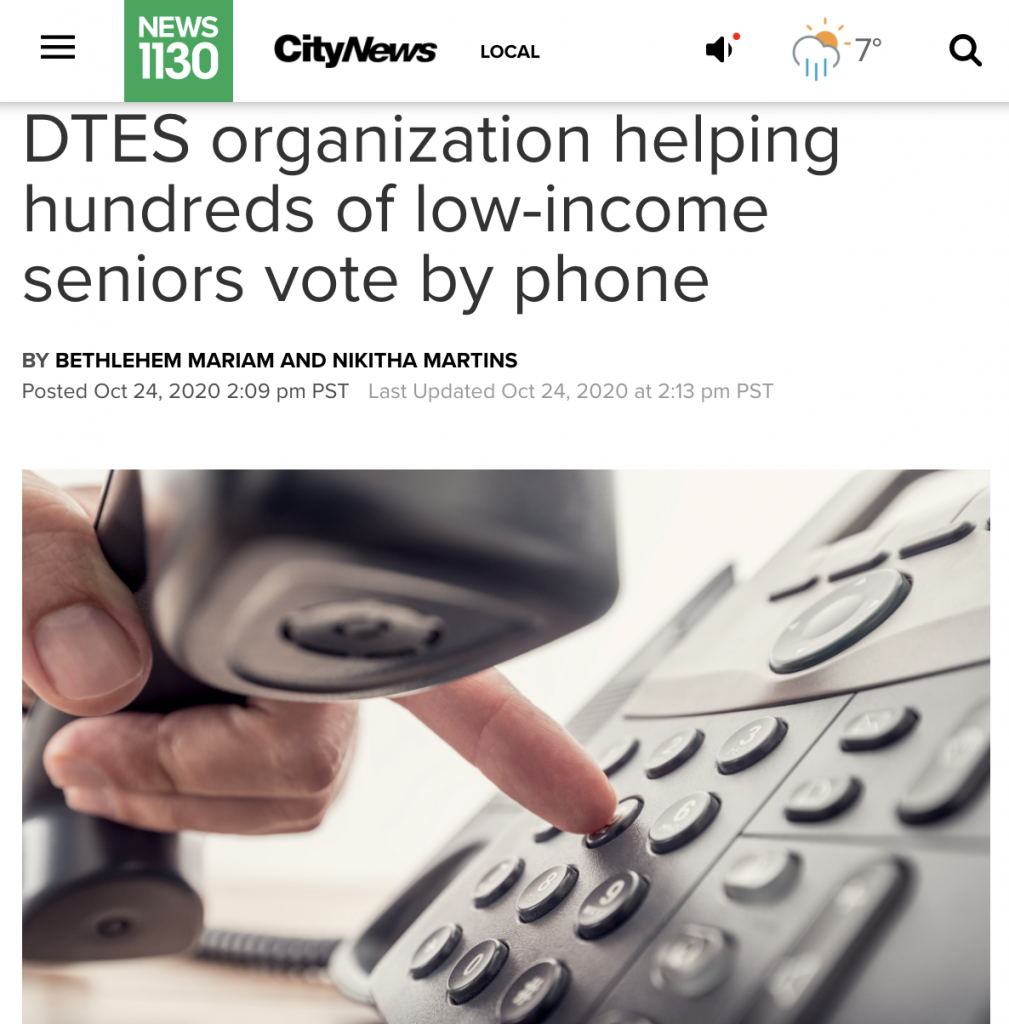 Konkin is working with four other housing providers to expand her support services into their buildings. But she needs government funding, which she argues would be cheaper than these seniors ending up in hospitals or in care homes — and more humane than seeing them in shelters.

We knew this Remembrance Day would look different, but we wanted our veterans at the Veterans Manor know that we have not forgotten. We were able to provide a private, outdoor, socially distanced bagpipe performance by Derek Davidson from New Chelsea Society and present each veteran with a framed copy of “In Flanders Fields”. Thank you Breakfast Television Vancouver for sharing this story.

Since the start of the COVID 19 Pandemic, Whole Way House Society has reached over 600 low-income seniors and vulnerable residents in the DTES and around Vancouver with a door to door meal delivery service. By providing over 80,000 meals and weekly check in’s, the Meal Delivery Program has allowed these seniors to safely self-isolate without feeling alone. We are thankful for the support of our partners and generous supporters.

World renowned violinist Rosemary Siemens performs O Canada for vulnerable veterans and seniors at the Veterans Manor in the DTES on Canada Day.

Because of generous partners like the Eden Cafe, we are able to serve vulnerable seniors and veterans across Vancouver. 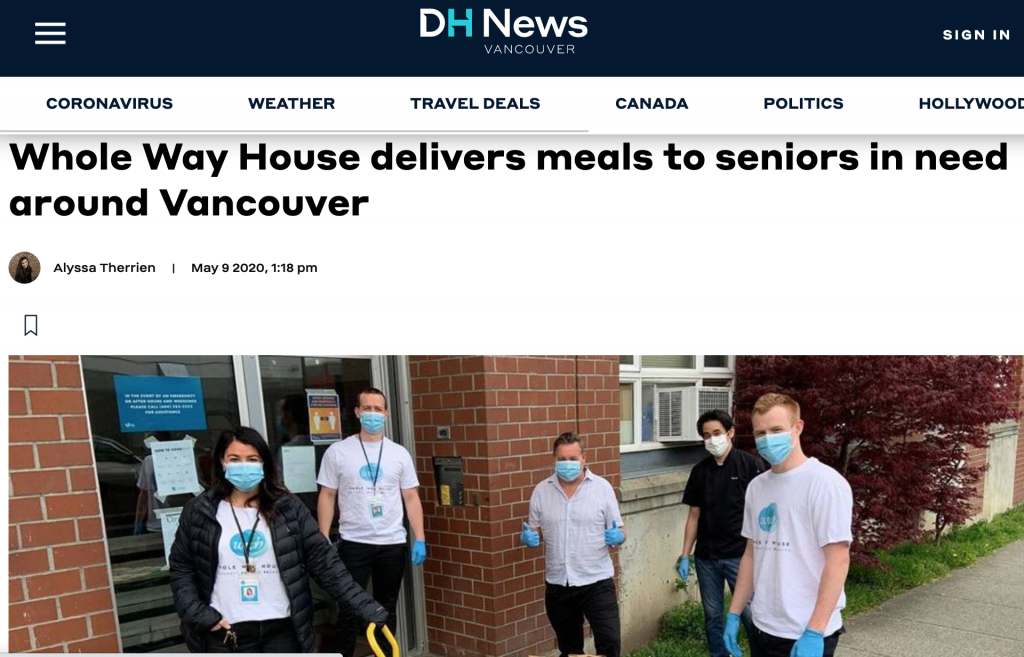 For senior citizens, being part of whats referred to as the most vulnerable population during the COVID-19 pandemic has left many of them feeling panicked about the new normal. To help keep them safe, healthy, and loved while self-isolating, Whole Way House has been delivering free meals to those in need around the Downtown Eastside and beyond.

The team has been working tirelessly on the front lines to ensure that all of their seniors continue to maintain physical distancing while still being fed nutritious meals twice a day. They have since expanded their meal services to other low-income residences in Vancouver, as well as vulnerable people living on their own. 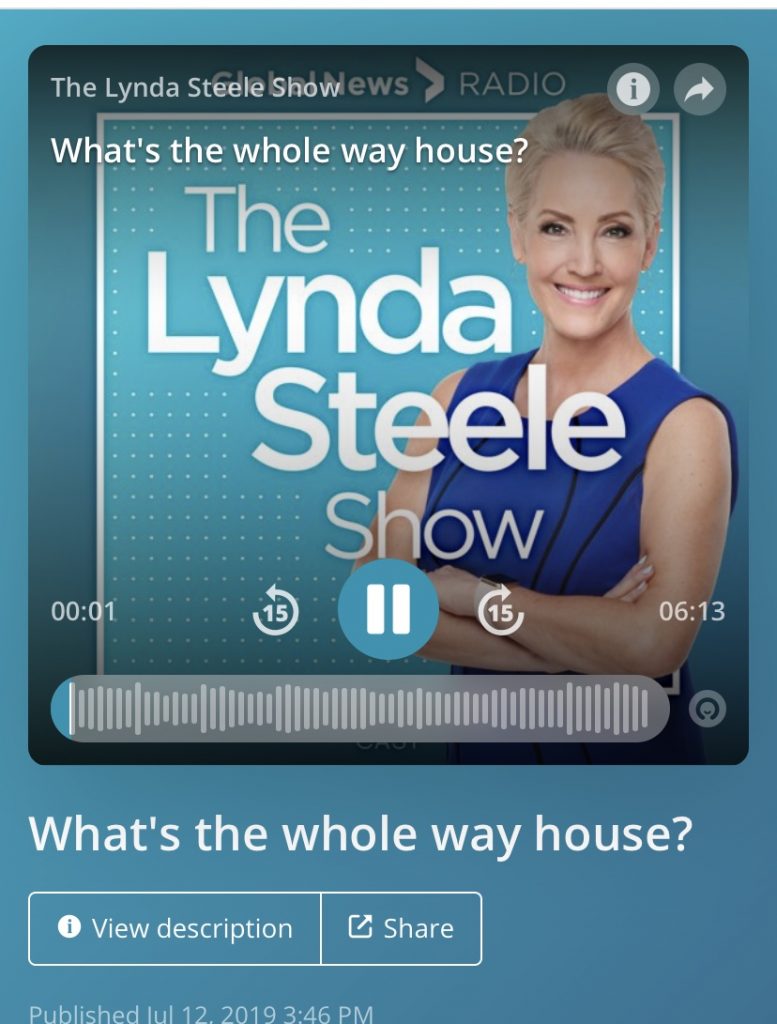 There is a serious epidemic growing in Vancouver for the seniors population—homelessness.

Seniors make up 23% of the homeless population, up from 9% in 2008.  DTES charity Whole Way House provides vital support services to seniors living – and is working on the frontline of the crisis of homeless seniors. 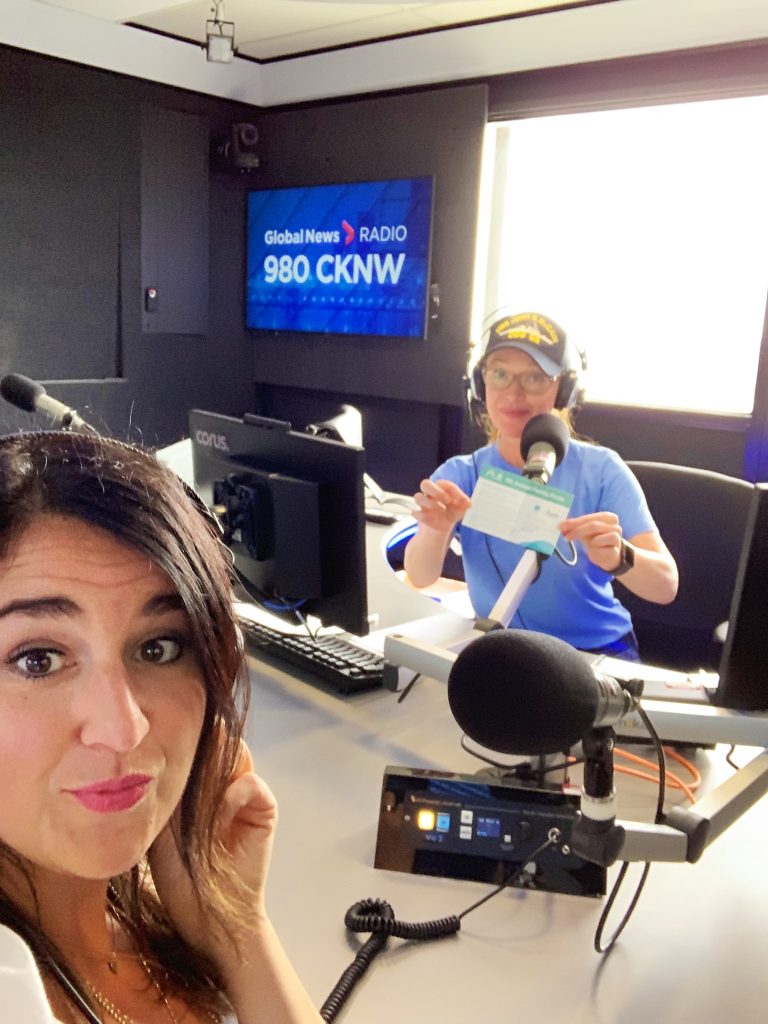 Jenny and Jody chat all things Family Picnic, the new Amazing Race and the incredible support from the community, especially our friends at Earls. This annual fundraiser helps support vulnerable seniors and veterans in the Downtown Eastside.

What happens when you end severe isolation and loneliness by inviting people into community in the middle of the chaos of Canada’s poorest postal code? In this episode, we visit with Jenny Konkin who is the Co-Founder of a Downtown Eastside Vancouver organization called Whole Way House that works with vulnerable seniors and veterans. She also started “The I Get To Legacy Project” that helps fund Whole Way House and reminds us to ask “What do I GET TO do today?” 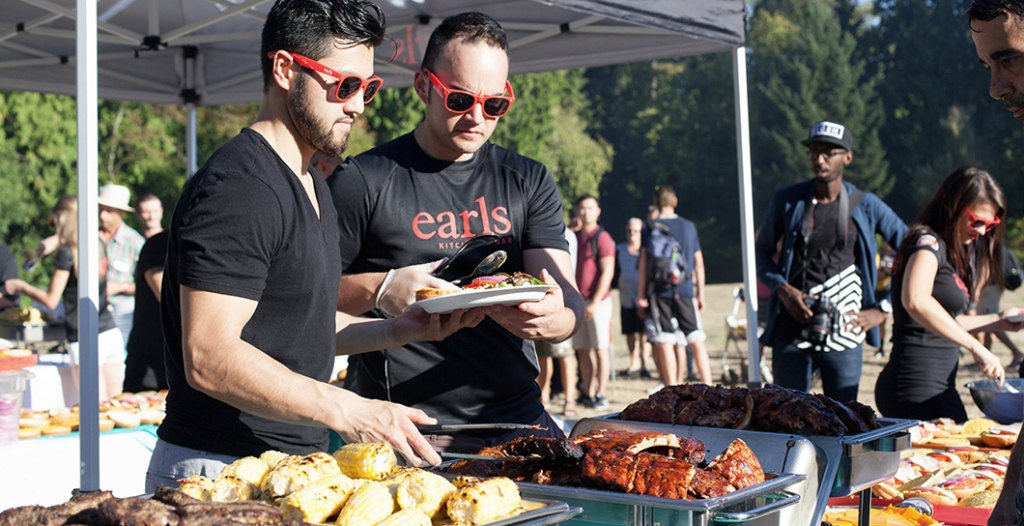 An Earls-hosted picnic is taking over Stanley Park this weekend

On Saturday, July 14, the Whole Way House will be hosting their 6th annual Family Picnic in the Park. The event creates a fun and memorable day for the 133 vulnerable seniors and veterans that are served at the Whole Way House in the Downtown Eastside, with the invitation extended to families and individuals across the lower mainland. Tickets are available online and are by donation. All proceeds will support Whole Way House’s community building programs and support for seniors and in the Downtown Eastside. 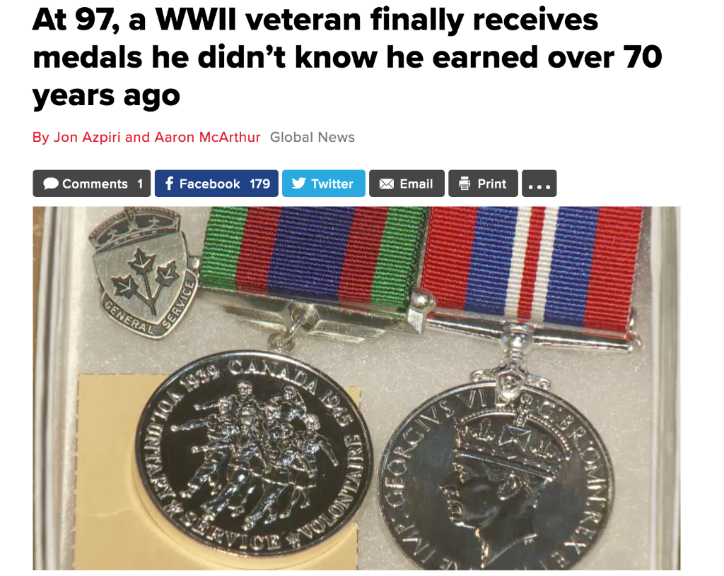 We had the absolute honour of presenting Mr. Michael Springford’s family with his service medals, which he earned over 70 years ago for his service in the Royal Canadian Navy. Michael volunteered from 1940-1945 and served overseas in the North Atlantic. His daughter, granddaughter and great grandson proudly received the awards on his behalf and we are so thankful for his and their great sacrifice. It has been such a pleasure to have the opportunity to get to know and support Michael. 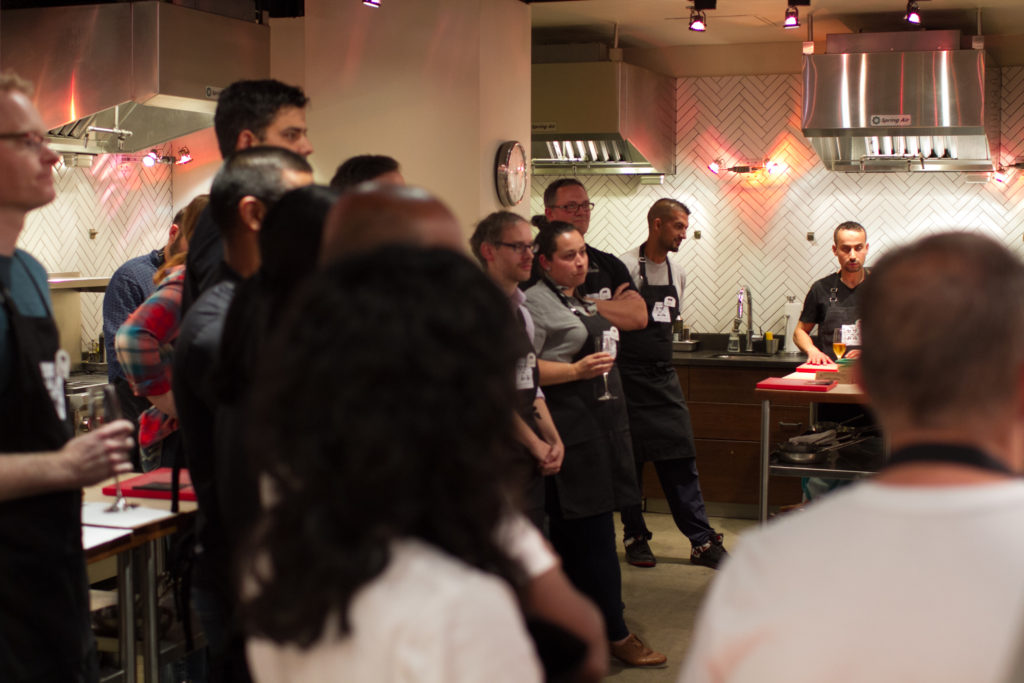 This Fall the Dirty Apron kitchen was transformed into a fierce competition bowl as five teams came together to compete against each other to prove they had what it took to be crowned the CHOPPED CHARITY CHAMPIONS! Each team had to pull their secret ingredients at random and create culinary masterpiece that would win the hearts (and stomachs) of Chefs David Robertson, Takashi Mizukami and guest chef Nico Shuermans from Chambar Restaurant! They chopped, diced, seared and sauteed, all for a great cause to help raise funds for our community building programs.

Stay tuned to find out when our next challenge will be! 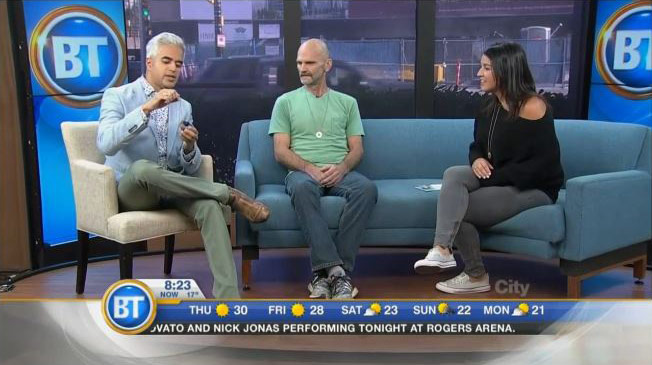 How The Whole Way House Is Changing Lives

Breakfast Television host Riaz Mehgi sits down with Whole Way House Co-Founder Jenny Konkin and Kris to discuss the “I Get To” program and how it empowers members of the Downtown Eastside community to work creatively with their hands, while building confidence, skills, value and purpose in their lives.

Restoring Dignity To Those On The Downtown Eastside

Breakfast Television host Riaz Mehgi sits down with Whole Way House Co-Founder Jenny Konkin and Kris to discuss the “I Get To” program and how it empowers members of the Downtown Eastside community to work creatively with their hands, while building confidence, skills, value and purpose in their lives. 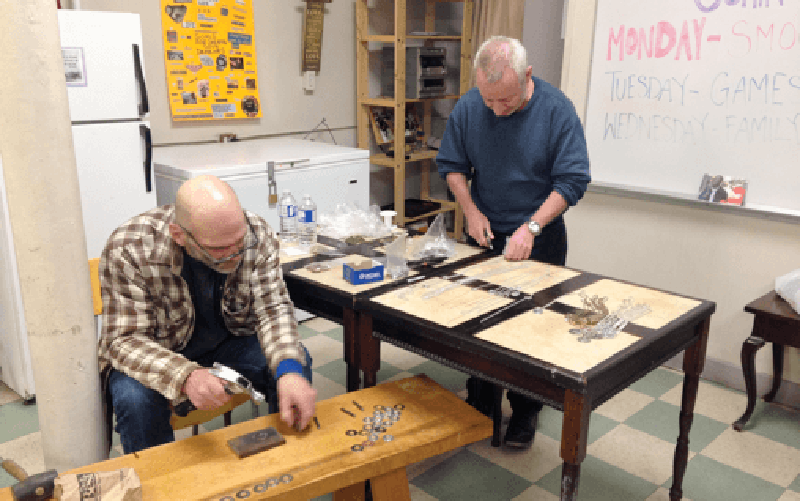 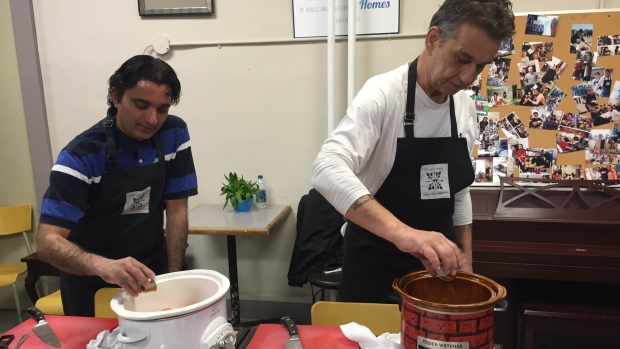 Vancouver charity The Whole Way House is sharing the feeling of home cooking with residents of the Downtown Eastside’s Avalon Hotel — by teaching them how to cook with a crock pot.

Making Connections and Making a Difference 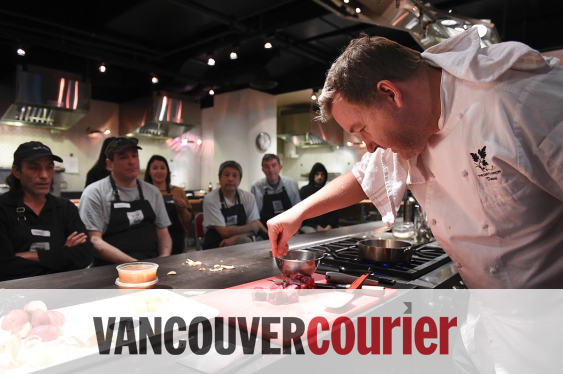 The latest episode of the Business by the Book Audio Podcast, featuring co-founder Jenny Konkin, is now available! As the Business By The Book’s latest featured speaker, Jenny’s talk on “How Love Works” in the Downtown Eastside took place on Wednesday, February 3rd at the BC Supreme Court, and is now available as a downloadable MP3 audio file.

Source: Business by the Book

Jenny sits down with Riaz Meghji at Breakfast Television to share about Whole Way House, how attending Games Night helped Ron get a job, and the 2nd Annual Family Picnic in the Park Sunday, August 24th! 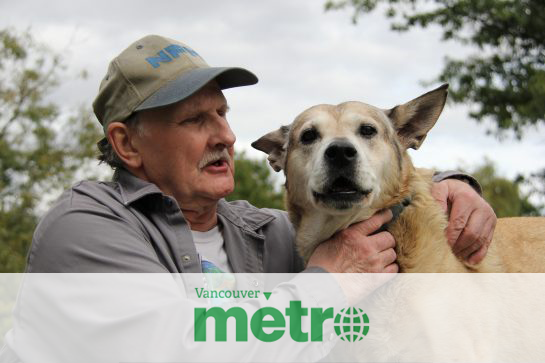 For the love of dog

The Vancouver Metro covers a story about Gary, who overcame his addiction to drugs out of fear of health concerns for his beloved canine companion, Kolby.