Whole Way House was co-founded by Jenny & Josh Konkin in 2013 and currently serves the residents of The Veterans Manor.

The story and history behind Whole Way House

An interview with Jenny Konkin (2:34)

Watch this interview with Jenny Konkin, President and Co-Founder, to hear the story and history behind Whole Way House. 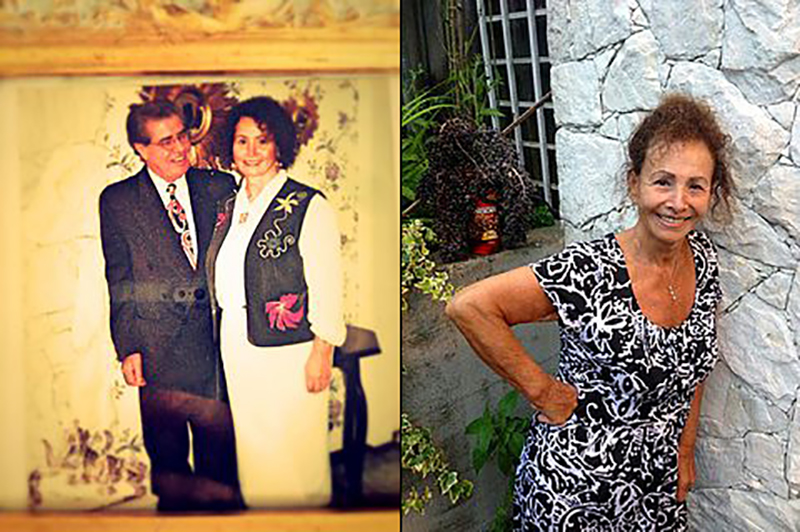 Mario & Mina Angelicola (aka “The Nonna”)

Whole Way House began its journey serving the residents of The Avalon Hotel. It was purchased by Mario & Mina Angelicola (Jenny & Josh’s grandparents) in the late 1970’s. It was turned into an SRO (single room occupancy) in the late 1990’s and houses approximately 85 low-income tenants today.

Ron & Tina Konkin (Jenny & Josh’s parents) managed the building after Mario passed away. They undertook a massive renovation, upgrading the building to improve the quality of life for the tenants to really be able to feel at home. 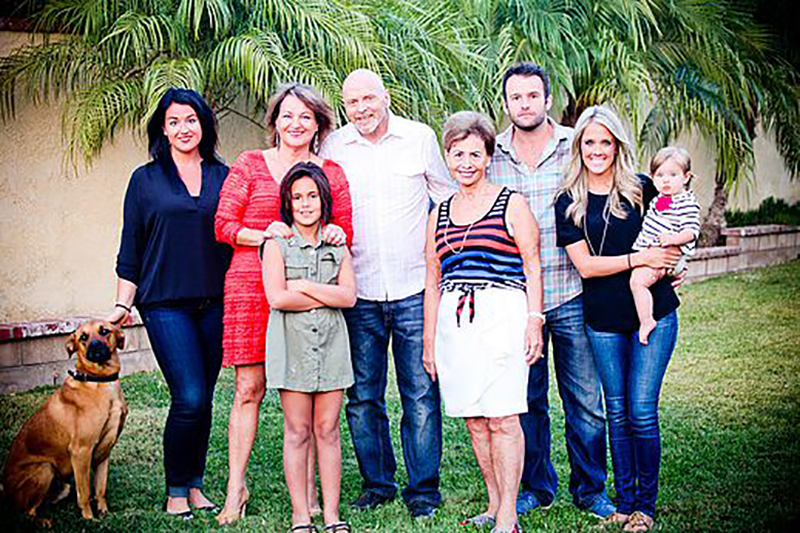 Josh & Jenny began managing the Avalon in 2010 and founded Whole Way House in March of 2013 in hopes of carrying on their family’s legacy and as a response to the need for relationship and human connection among the tenants, many of whom struggle with addiction or mental health issues.

We would like to thank our grandfather Mario, (who went home to be with his Lord in 1998) and Mina for passing on their spirit of generosity and caring for the Downtown EastSide to their family.

We would also like to thank and honour Ron Konkin, our father, who went home to be with Jesus on Christmas Day, 2013 after beating his 4 year battle with cancer.

He was a huge part of Whole Way House and was so dearly loved by everyone there. His legacy is living on through the COMPASSION he taught and showed everyday.

One of my favourite childhood memories is of my dad taking my brother Josh and I to sing at old age homes; he played guitar and we sang hymns to the elderly as a family. Afterwards, they would come up to me and thank me for taking time out of my day to brighten up theirs. I was very young, but I knew that helping people in need was what I was called to do.

Growing up with grandparents who owned SRO’s in the Downtown Eastside, I got to see first-hand what it meant to love and care for people who were isolated and lonely. I watched my grandparents and parents love and care for people who had no one, who were hurting, who had no sense of “home”. They taught us about unconditional love, no matter a person’s station in life.

From there, I  had the opportunity to travel and volunteer with at-risk youth in inner-cities around the world, speak in juvenile detention centers, volunteer in orphanages in Mexico & Uganda, Kenya, Tanzania and receive my degree in Psychology from SFU.

I started working part time with my family at the Silver and Avalon Hotels in the Downtown Eastside of Vancouver in 1998 and then full time in 2010, leading to Josh and I founding Whole Way House in 2013.

I believe that every person has a story and I would like to get to know them.​ 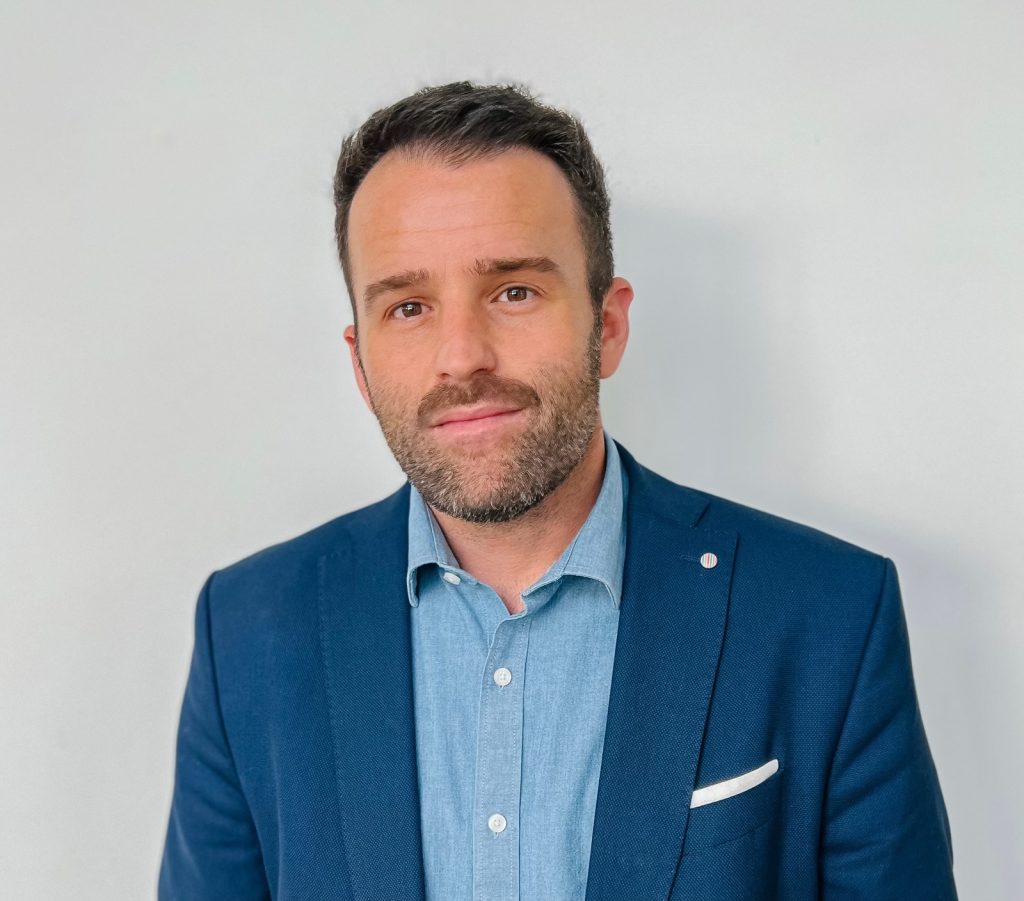 Josh has been involved in Downtown Eastside projects since he was a teenager, working at the Silver, Avalon and Broadway Hotels, learning from his grandparents and parents how to care for others in their time of need. He has always had a heart for the hurting and is passionate about the opportunity to help make a difference in people’s lives.

Josh is a partner at Pacific Powertech Inc. and as a BC business owner, cares about giving back in his community by providing others with a hand up, not just a hand out.

His wife Mary, one of the co-founders has had the opportunity to travel on missions trips around the globe ministering in developing countries. Those experiences have had a lasting impact on her heart.

Josh and Mary are raising their three beautiful children and puppy Charlie in Port Moody and Josh loves fishing (Mary not so much) and they both love skiing and spending family time at the lake.

Cam is excited and ready, willing, and able to bring his entrepreneurial business experience and heart filled drive to Whole Way House. Through the past 28 years of experience with small and medium sized business ventures, Cam has developed a skill set that will be welcomed on the board of Whole Way House. Since arriving in Vancouver in 1994 he has built his business into an industry leader.

Cameron has participated in numerous community organizations and continues to do volunteer work with charitable organizations such as ‘One More Time’ which provides aid to the Downtown East Side community in Vancouver. Cam is an active member of the Sterling Men’s Community, whose purpose is to help men strengthen their families and build relationships.

With his own family of four children age 9 to 27, he has a solid commitment and drive to helping build strong communities here at home and around the world. 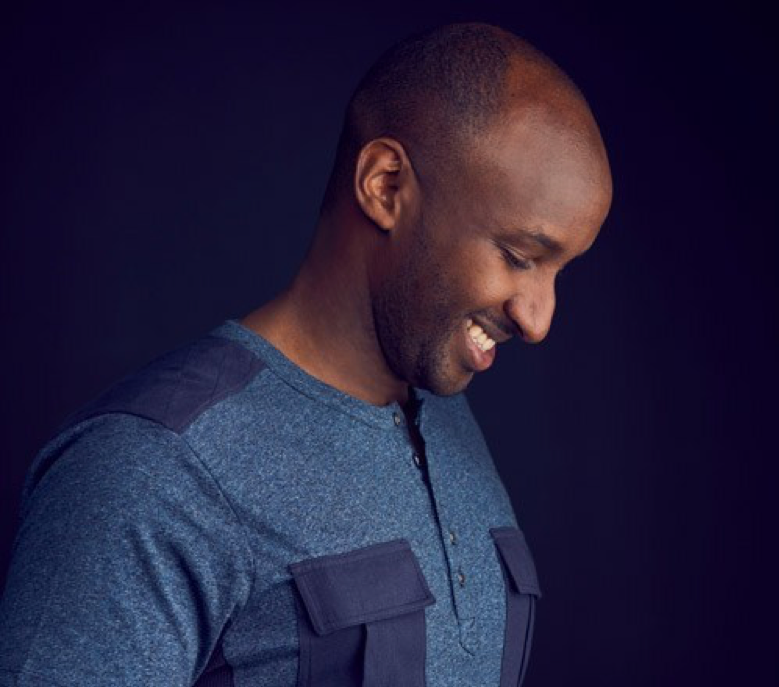 Chris Karuhije, born in 1985, is a former refugee from the Rwandan Genocide of 1994.  When he was just nine years of age, his home country of Rwanda was engulfed in a flame of violence of brutality that saw almost one million people die in a matter of 100 days.  Among the dead, were about 80% of his relatives and family, including his father Alphonse, and many others.  All in all, 70% of his people were exterminated in what would become one of the worst tragedies in modern history.

In 1997, Thacienne Karuhije, Chris’ mother, and 4 of his siblings, immigrated to Canada and began a new life.  Determined to follow in his father’s footsteps as a Minister of the Gospel, Chris enrolled in a two-year discipleship program at Springs Church, one of the largest churches in the nation.  He then started working for Crossroads Communication as a Program Director for a local Children’s camp, where he saw over 4000 kids make decisions for Christ, before elevating to a National Program Director for all Crossroads camps across Canada.  His role was developing curriculum and resources for thousands of children across Canada.

In November of 2011, Chris accepted the role of Children’s Minister at Coastal Church.  He was ordained as a pastor two years later in 2013.  He now oversees the Department of Family Life that includes ministries to Coastal’s families and is privileged to serve on Coastal’s Lead Team.

Chris is also the author of We Were Royal Refugees, a brief memoir of his life in Rwanda and the events of the Rwandan Genocide.  He has been featured on national television and radio.  He lives in Downtown Vancouver, steps away from the church he loves, and is married to Kristy and has three children; London and Kyeligh (twins), and Justice.  He loves reading, writing, and horseback riding. 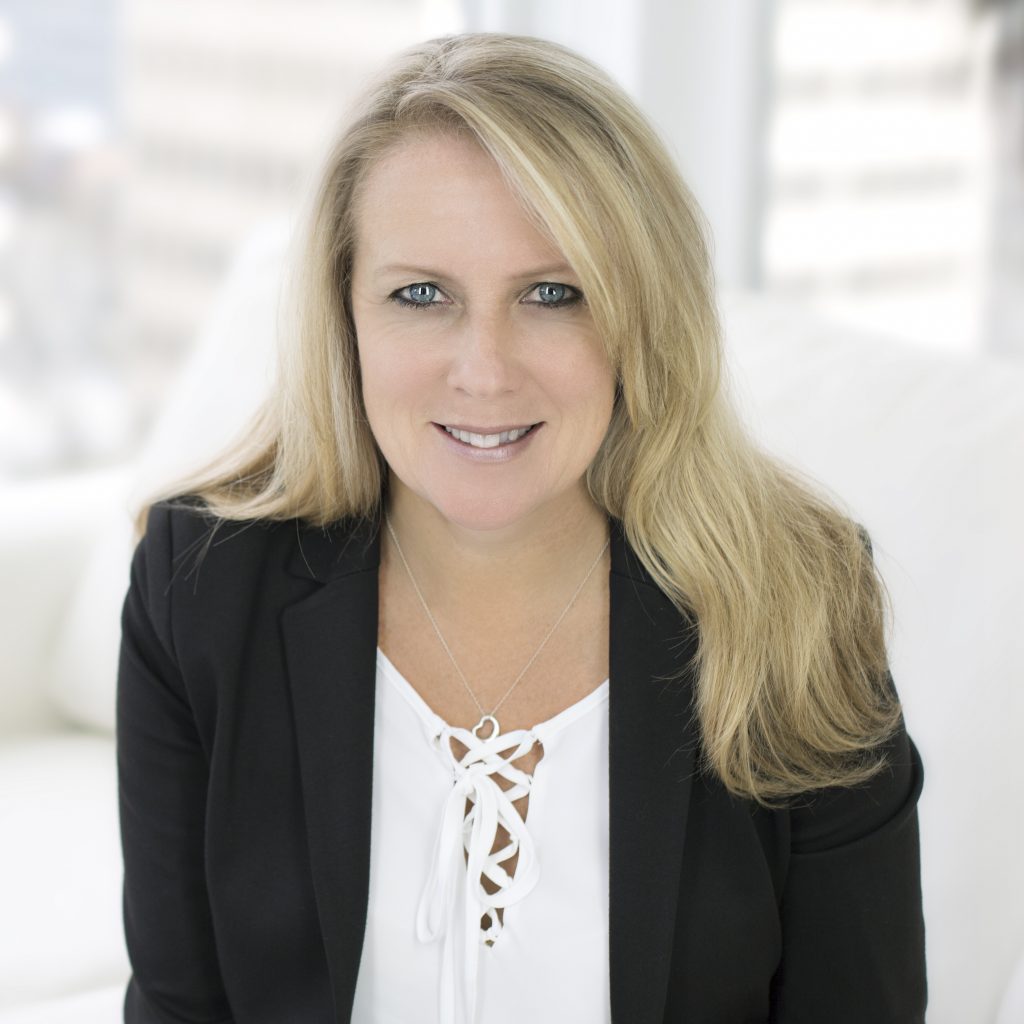 Working on the staff and pastoral leadership team of Relate Church for more than 30 years, including providing financial and legal oversight for more than six years. She has the unique experience of serving in both pastoral and administrative roles, giving her insight on how to bridge the gap between the two.

Set up of ARC Canada (Association of Related Churches) as a Canadian charity. She continues to work closely with ARC Canada and ARC Global.

Served on the board of Pacific Academy School as a Jim Pattison Foundation appointee as well as Mercy Ministries.

Currently on the board of Resonate Church. 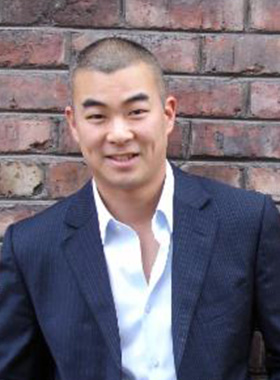 In 2006, Chris established a private equity firm focused on real estate structured finance. The firm is currently engaged in a luxurious 20-acre, hillside development in the Fraser Valley and continues to seek uniquely positioned development opportunities.

Chris is as active in the community as he is in business, devoting his passion, creativity, and contacts to various causes. He sits on the Board of his local church, and chairs a downtown business ministry connecting local business and political leaders. A Torontonian turned Vancouverite, Chris enjoys food, travel and raising his two daughters with his wife Emily. 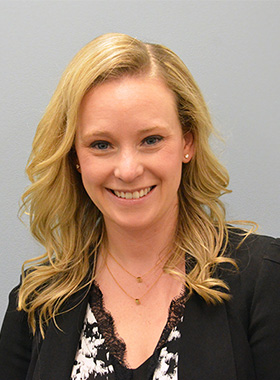 Rachel has managed strategic communications campaigns for clients ranging from corporate to consumer, to real estate brands. Rachel is a strong believer in staying ahead in the digital age and is an avid user of social media platforms to engage with media, bloggers, and online influencers. 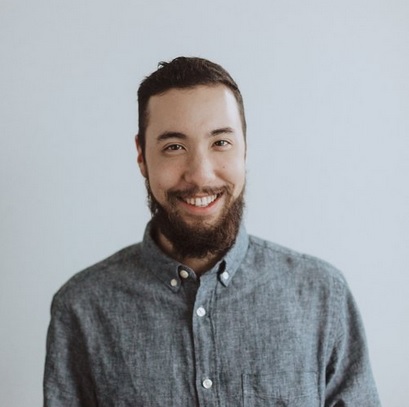 With a background in business and a keen eye for creative detail, Chris is a managing partner of a boutique production studio based in the Fraser Valley and helps brands across Western Canada to stand out from the crowd.

He uses his 10 years experience in marketing and sales to focus on building long term relationships with clients and achieving outstanding results. Now with his production team, Chris has travelled around the world, produced documentaries and award-winning short films.

Inspired by the legacy of his grandfather – a former leather craftsman and resident saddle maker who used to volunteer his time teaching leathercraft classes for inmates at the local penitentiary. Chris carries on this tradition through his studio, Outlaw Leather Co., and partners with Whole Way House Society to lead workshops for the community and program participants.

Chris works to end human trafficking in Canada and pays honour to his family’s proud military heritage by being involved in Remembrance Day ceremonies for the veteran community. He has two young children, enjoys spending time outdoors in the mountains and working hard on the ranch. 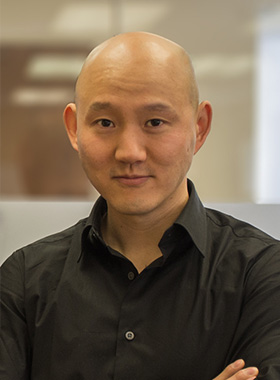 Michael’s interests in community service in the DTES was sparked by a small group leader at Willingdon Church, leading him to join Union Gospel Mission’s Streetlight and drop-in centre volunteer programs. These experiences gave Michael a first-hand account of the environment and challenges faced by residents living in the Downtown Eastside.

Michael’s consulting background in Customer Relationship Management, Sales Force Automation and Digital Marketing has provided him with opportunities to work with Fortune 500 companies across several industry verticals. As a graduate of the University of Toronto, Michael moved to and fell in love with Vancouver in 2011.

Michael is a golf fanatic during the summer and enjoys hitting the slopes with his snowboard in the winter. Most importantly, Michael is a husband and devoted father to his newborn daughter. 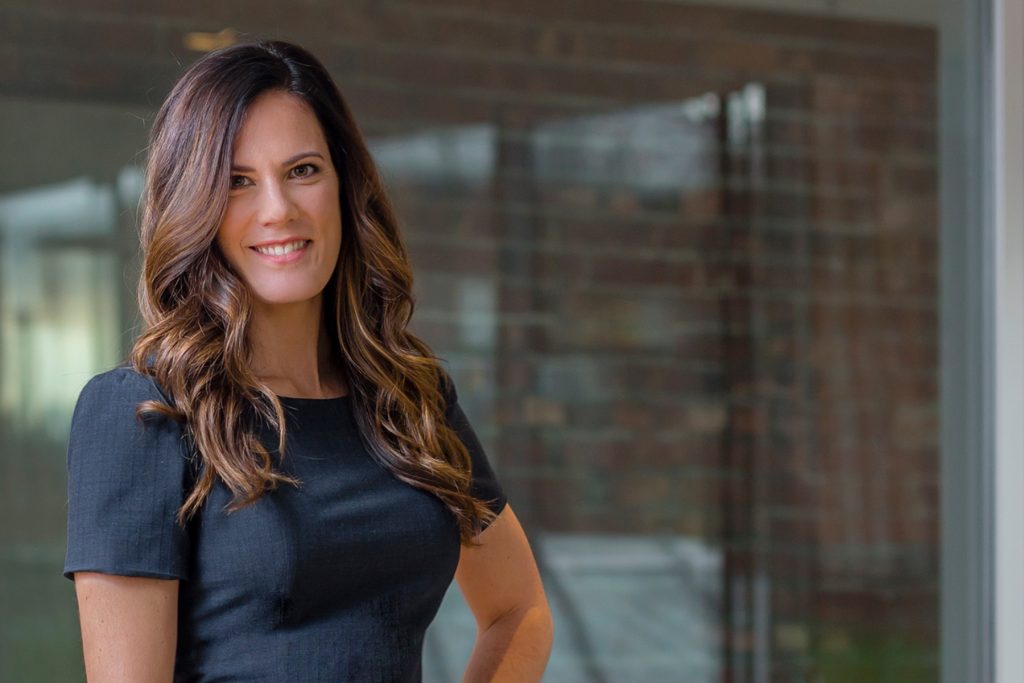 Natalie Genest is a Real Estate advisor and investor who has sold hundreds millions of dollars in real estate across the lower mainland and Vancouver Island. She has worked with Vancouver’s leading developers on sales and marketing strategy and with a client base on the purchase and sale of their homes and real estate assets.

A graduate of the University of Victoria and currently enrolled in the Urban Land & Economic dipoloma program at UBC, Natalie is always looking for opportunity to grow her knowledge and further develop her skills.

A third generation Vancouverite, Natalie leads an active west coast lifestyle. She enjoys  waterskiing and spending time with family at the family cabin in the Cariboo. 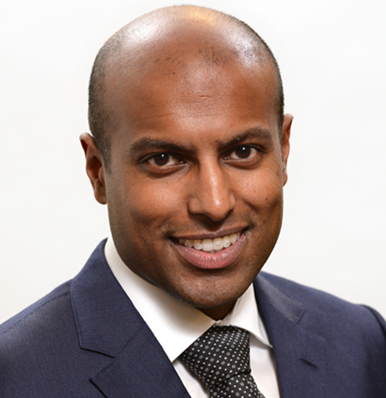 James has a passion for helping companies and projects develop from concept to operations. Over the past ten years James has spent time in Private Equity, Investment Banking and Reservoir Engineering working in the energy sector in Calgary. In 2015, James moved from Calgary to Vancouver to serve as Director of Finance at Steelhead LNG where he is responsible for capital raising and helping manage the company’s finances. James is a past director of the Canadian World Petroleum Council (Youth Committee) and a past Board Observer at Monolith Materials. He is a CFA charter holder and a Professional Engineer registered in the province of Alberta.

James believes strongly in the value of community-building and it’s role in bringing about change in people’s lives. Along with his wife, James is an active member of Coastal Church and with Whole Way House.

Originally from India, James has fully embraced the West Coast life style. Along with his has two long-haired dachshunds, he spends his time enjoying the mountains and waterways around Vancouver.